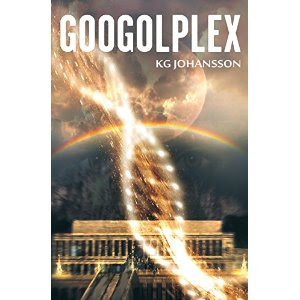 I was furnished a copy of this book in exchange for an honest review.

I read fiction for one reason – to escape my own reality, and this book certainly took me out of my reality into one of space travel, multiverses, and obsession. It is a different take on the boy meets girl, boy falls in love, girl leaves type of story.

Jack survives the upheavals, works for a new lord, sees the lord's daughter, Rachel, and falls in love. He quite literally stalks her. She notices, and one night seduces him. His fantasies and dreams take flight—he's in love, and he's sure she's in love with him. Puppy love at its best. They will marry, have a family, he will inherit from her father, and all is well in his world until the next day when he's fired for no apparent reason and not allowed on the property again.

The book opens on a space ship, just before landing on a new planet to be colonized, and one is led to believe this will be a rollicking space opera. Soon, we realize our hero is not. After a year or so on this bleak planet, and dreams he can't quite understand, Jack and a few others return to Earth. Jack goes to the place where all his memories are stored, retrieves them, and goes to his palatial home, modeled after Hatshepsut's mausoleum. He discovers he is wealthy beyond measure (no more young serf is he), and that he longs to find his one, only, true love—Rachel.

With help from his multi friend (an alien from the multiverse), Jack learns to travel both mentally, and physically, looking for his true love, for surely, there is another Rachel, somewhere, that he can love and be loved by, if only he can find her. Nothing will get in the way of his obsession or its hoped-for conclusion. Not when he meets Rachel as she is, and she has no memory of him, none at all and he doesn't like the woman she became; not when he goes back in time and discovers the reason of his firing; nothing, not even death will stop his search.

This book is well-written, and an excellent, well-crafted story. For me, it became a tad tedious during the second half, hence 4 stars not 5. I wanted Jack to grow up (after all, he was 700 years old by then), put his big boy boxers on and get a life. But that would have been my story, not Jack's. And Jack suffers the worst of all possible ailments. He is obsessed, obsessed by a love that never existed.
Posted by Lenora Good at 8:12 AM